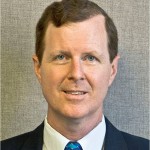 Tom Quinlan is currently in his eleventh year as director of the Religious Education Office in the Diocese of Joliet in Illinois. He has been a parish catechetical leader and served on the governance board of the National Conference for Catechetical Leadership from 2006 to 2010. In January, Tom was appointed to be the founding chair of the Evangelization Committee for NCCL. He has written for publications such as Today’s Parish and Catechist Magazine. He has presented nationally in venues such as the Los Angeles Religious Education Congress and at the NCCL Annual Conference. Tom is an avid hiker and photographer of western North America.