Perhaps we can look at some of the issues that seem to make it hard for evangelization teams to work:

There are undoubtedly more reasons why evangelization teams are hard to get started, but these observations present formidable issues in themselves.

If a parish has the great grace and fortune to be able to begin an evangelization team, pretty soon an even larger problem emerges—how do we sustain the team over time? 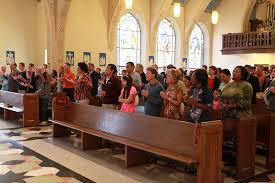 A common pattern in parishes, as they try to start an evangelization team, is; eight or ten people get into the issues of evangelization, meet, reflect, and begin evangelization initiatives. After about six months, however, the members are looking around at each other, wondering what they have accomplished and what direction they should pursue.

The problem of sustaining evangelization teams has attitudinal and organizational difficulties. It might be helpful to review some of these.