There’s been a lot of conversation since the publication of “The Joy of the Gospel” on the idea of being missionary disciples. What does this mean? And, in particular, what does this mean for everyday Catholics?

This year, the essays in the Evangelization Exchange will focus on how we can help form Catholics as missionary disciples. This series, entitled “Catholics. Disciples. Missionaries.” will offer concrete examples of forming missionary disciples from various pastoral viewpoints, as well as an exploration of the theme in terms of Catholic evangelization and faith formation.

We are happy to have ministry leaders from across the country writing on how to help form missionary disciples from various perspectives-young adults, families, Latinos, etc. In addition, Fr. Frank DeSiano, will be offering a series of essays on Catholics and discipleship. We hope that both these contributions will encourage our common goal of forming missionary disciples in our parishes, communities, and schools today.

Are we called to be disciples? 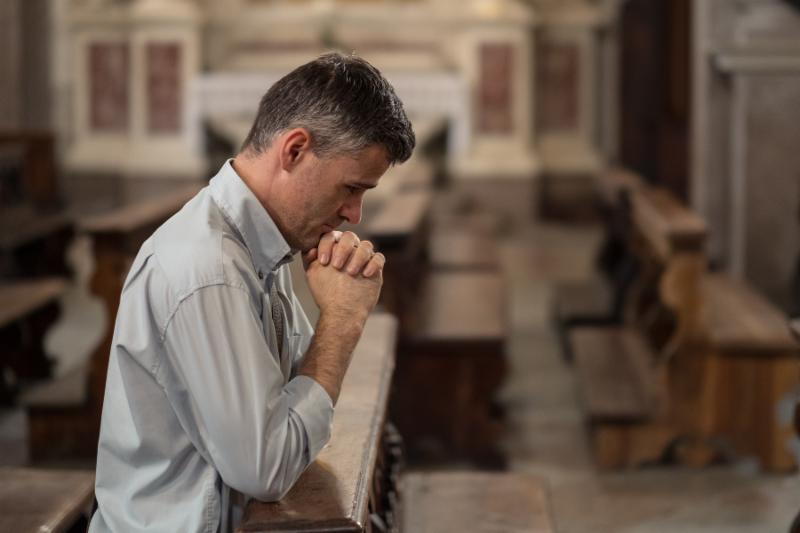 I remember being surprised when a priest challenged me during one of my talks. “All of us are called to discipleship,” I was giving a talk on the US Bishops’ document, “Go and Make Disciples.” He put up his hand: “Where did you get that idea?” he asked.

At first, I dismissed his question as being picky, but I then realize the layers of biblical and Catholic tradition that could make someone ask that question. After all, doesn’t Jesus, particularly in the gospels of Matthew and Mark, distinguish between the “crowds” and “the Twelve-the disciples”? And didn’t we for centuries imply that there were several levels at which we could be part of the Church-those who really gave their lives to Jesus as clergy and religious, and then everyone else who didn’t? Were we not content to think of Catholicism as basically going to Church, receiving communion “at least once a year,” and supporting the works of the Church? Didn’t we have a Church that almost anyone could belong to-unless you were some notorious mobster who was refused a Catholic burial?

So it may come as a surprise to many Catholics that, today, we are all expected to be disciples. Perhaps it was St. Pius X who forced the issue when he urged frequent communion among all Catholics. When we think about it, it’s hard to receive Holy Communion and think that someone is not a disciple. St. Pius X was saying that to be a Catholic was to receive Holy Communion every Sunday; he was building upon decades of research and reflection that came to the conclusion that it made no sense to go to Mass, the “Supper of the Lamb,” and not actually eat the Sacred Food which is what the Mass is all about.

In a way, our thinking about discipleship arises from just this renewed emphasis on the Mass and Holy Communion.

Before St. Pius X’s intervention, going to Holy Communion might be quite infrequent—even for fairly devout people. St. Terese of Lisieux, as pious as she was, first received permission from her confessor to receive Holy Communion every Sunday. This was in the 1870s. Otherwise, receiving Communion less frequently, or going just a few times a year, was normal Catholic behavior. So, from this rather common practice, one can see a division emerging: those who went very frequently to Holy Communion and “the rest of us” for whom Communion was a much rarer event. And, following from this almost automatically, there are those holy people, disciples, who went often to Communion, and also those “less-holy-people” who tagged along at a much less intense level of faith. 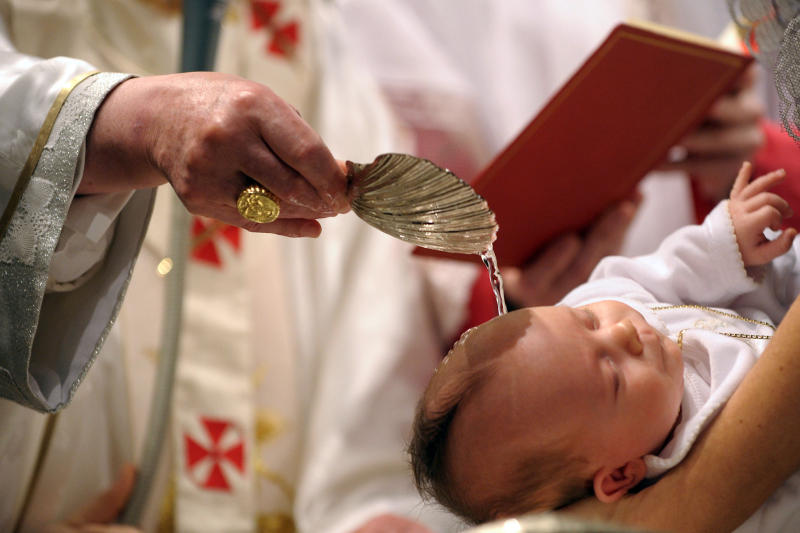 So how do we get the idea that we are all disciples? Basically from the fact that we are all baptized. The importance of Baptism in Christian life grew in the twentieth century. Even though most Catholics were baptized as children and could not, for that reason, even remember being baptized, the fact is that Baptism identified us radically with the death and resurrection of Jesus, made us part of God’s sacred people, and culminated in our being anointed in the Anointed One (Jesus Christ) who is priest, prophet, and king.

Baptism empowers us with the Spirit of Jesus to live his life, and to make his ministry our own. Even more, Baptism shows that we are all called to holiness, to life in Christ, to live in his Spirit—that is to say, to be his disciples. Even though we might have very different ministries and gifts, we are, in the most profound way, equally members of his Body.

The Second Vatican Council laid this out pretty clearly:

The baptized, by regeneration and the anointing of the Holy Spirit, are consecrated as a spiritual house and a holy priesthood, in order that through all those works which are those of the Christian man they may offer spiritual sacrifices and proclaim the power of Him who has called them out of darkness into His marvelous light. Therefore all the disciples of Christ, persevering in prayer and praising God, should present themselves as a living sacrifice, holy and pleasing to God. Everywhere on earth they must bear witness to Christ and give an answer to those who seek an account of that hope of eternal life which is in them. (Constitution on the Church, #10)

Even so, in the five decades since the Second Vatican Council ended, discipleship still remains a difficult concept for many Catholics. We don’t think of ourselves as Catholics; we don’t feel like disciples, and we continue to resist the implications of what it means to be a disciple.

If you got up, before Mass began on Sunday, and asked all those in the congregation who were disciples to stand, how many do you think would stand? Similarly, if you asked your parishioners how many of them had experienced conversion, how many would raise their hands? We are much more comfortable with the idea that some exceptional people are disciples while the rest of us ordinary folks are lucky to make it into heaven. Let the heroic people take the vows, get ordained, or otherwise accept the label “disciple,” and follow Jesus with everything they have. Perhaps the rest of us can get into heaven holding onto their flowing robes!

So the question has become pretty pointed: Can Catholics come to think of themselves as disciples? And are we willing to follow through with the implications of such a shift?

On the one hand, I hear and read many people who seem quite willing to consign most Catholics to any category BUT disciple. The statements go like this:

I remember asking a priest whether he thought his own mother was evangelized? He thought for a little bit and then responded: “No.” I pushed him a little further because his mother clearly was “a good Catholic.” “We mean something different today than what she experienced in her life.” 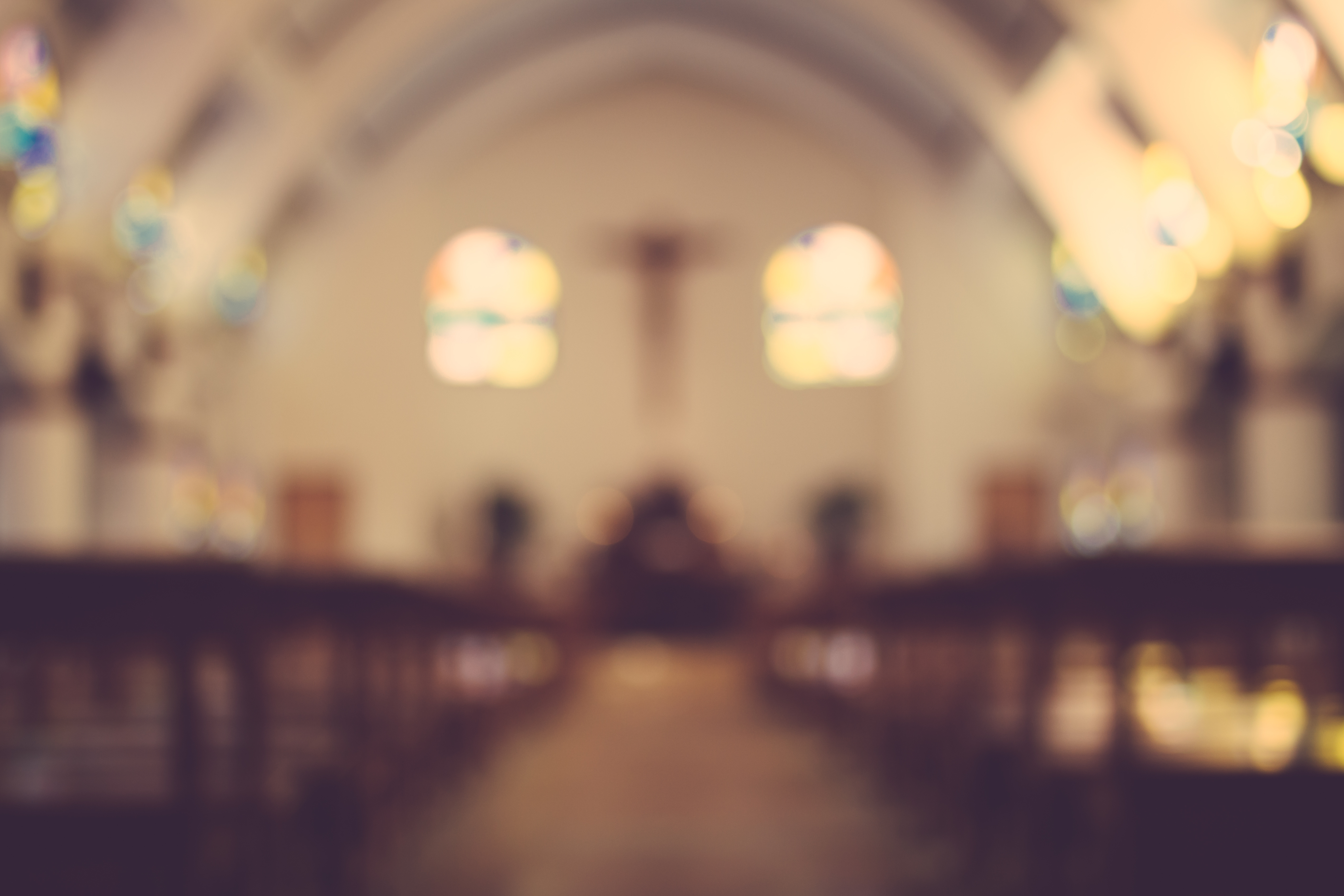 Was the direction of Vatican II, then, a very radical shift in what it means to be a Catholic? Or have there always been elements in our Catholic lives which spoke of, and led to, discipleship—but now these are articulated more clearly for us today? Is there something that happens in the course of living a Catholic way of life that leads people to at least an implicit discipleship? Are the issues of discipleship for Catholics today different than the obvious issues of discipleship which we see in the Gospels—particularly the Apostles’ inability to accept even the basic point of Jesus’ ministry until after he rose from the dead? Or do the same issues plague every Christian generation?

Can Catholics come to think of themselves as disciples? Can we help Catholics see the discipleship implicit in our Catholic way of life? What do Catholics say in response to Jesus’ powerful questions:

We have all heard these searing words of Jesus. None of us can ignore them!

It may be tempting to think of discipleship as a “yes or no” reality, like an appliance that is either on or off. But, like many living things, discipleship may be a dynamic, varying reality in the lives of all Christians—something glaringly explicit, or something seemingly invisible. The dynamic of our Baptism is surely at play at every moment of our lives. But it grows when we act in accord with it. It stands in judgment when we contradict it.

Imagine yourself sitting peacefully on a quiet afternoon. Your daily worries have receded. Fatigue has faded. You feel quiet, but totally alert. Imagine an empty chair next to you, one you hadn’t noticed very much. All of a sudden, a figure comes and sits down in the chair. Although you cannot nail the down the image, you are absolutely certain that it is Jesus.

He makes no sound, speaks no words. He just sits there, looking at you, with an all-accepting smile. You finally can resist no longer. You turn your head and look directly at Jesus, acknowledging that he is looking directly at you. Although he makes no gesture, no demand, you suddenly feel an intense desire to speak to him.

He tilts his head, smiles even more broadly, and gestures for you to speak.

In this moment of encounter, of self-disclosure, what do you hear yourself saying?

And what do you hear Jesus saying back to you?