Driving up and down the New Jersey Turnpike – as I often have to do – I listen to the stations from Philadelphia to smooth the journey from the Delaware Bridge to Trenton. WKYY, in its AM talk-news version, this September had a regular segment, every half hour, on the Pope’s visit – either some background, or what mass transit would be like, or how to get a hotel room. So Francis-mania is alive and well along the 1-95 East Coast corridor! 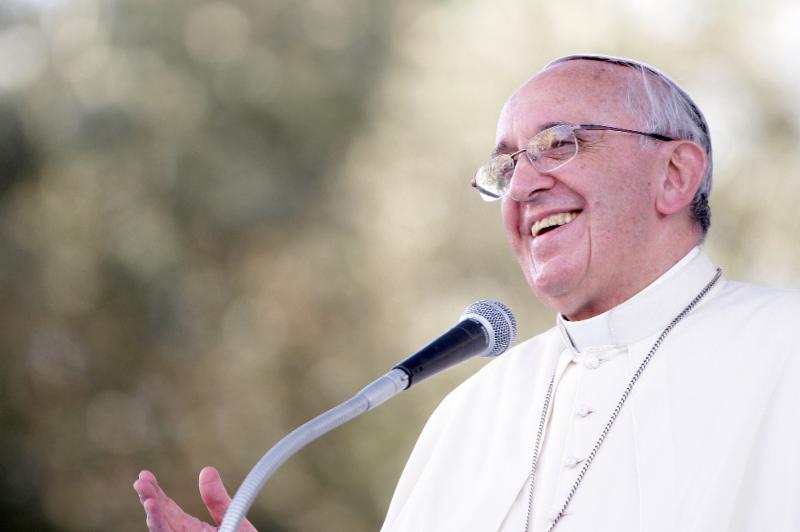 I think this geography – Washington, Philadelphia, and New York – is an interesting way to think about what Pope Francis will contribute to our collective awareness as Americans when he comes to visit. Of course, he’ll have been in Cuba before he arrives, which will have a very different objective: how to bring a faith, shoved into the basement by Communism, more clearly into daylight.
In the US, faith has not been shoved into a basement, but rather put into the margins by being crowded out of our consciousness. While older generations are more likely to hang on to religious practice, younger generations are absorbed with many things that rob faith of the priority it ought to have in our daily lives. Just ask any pastor, or DRE, what kind of struggle it is when soccer practice is competing with worship!

Pope Francis will touch on these three cities, each one representing a different, essential, lobe in the ‘American Brain’. New York represents our money-making brain: Americans never feel rich or secure enough. Wall Street, media, business: these are New York’s traits. Pope Francis will ask us about this obsession with money, profit, and wealth: what does it do to our daily lives and, more importantly, what is it doing to the rest of the world, particularly the poor.

Washington represents policy and power. This American lobe stipulates that Americans must be the strongest nation; and we deserve it because we have the best motives of any nation. The Pope will question what our obsession with power, domination, and military might really accomplishes – for us and for the world. The humble Pope will be an implicit judge on the arrogance that can accompany power. He will ask us if God’s sphere of influence in our common thinking – justice, honesty, care for others, openness, generosity – can begin to compete with our military spheres of influence. Here the Pope will appeal to what is best in the heart of Americans.
Philadelphia – brotherly love – symbolizes the earliest hopes America had for itself: democracy, equality, individual rights, freedom from oppression – all of them demanding respect for the human person in her or his greatest depth. Talk about the family – above and beyond the areas of cultural conflict – will be an opportunity to underscore the basic Catholic affirmation of the dignity of every human, from conception to natural death, because of how they were created by, and are loved by, God. This dignity cannot even begin to be understood without the dynamics of loving, faith-filled families.
So the Pope will have an array of themes that, far more than just advancing Catholic teaching, will help Americans see how much greater we would be if we truly grasped the deepest values that we stand for, and how the Gospel can help correct American distortions . . . and strengthen the true American dream. “One nation, under God, indivisible, with liberty and justice for all.”