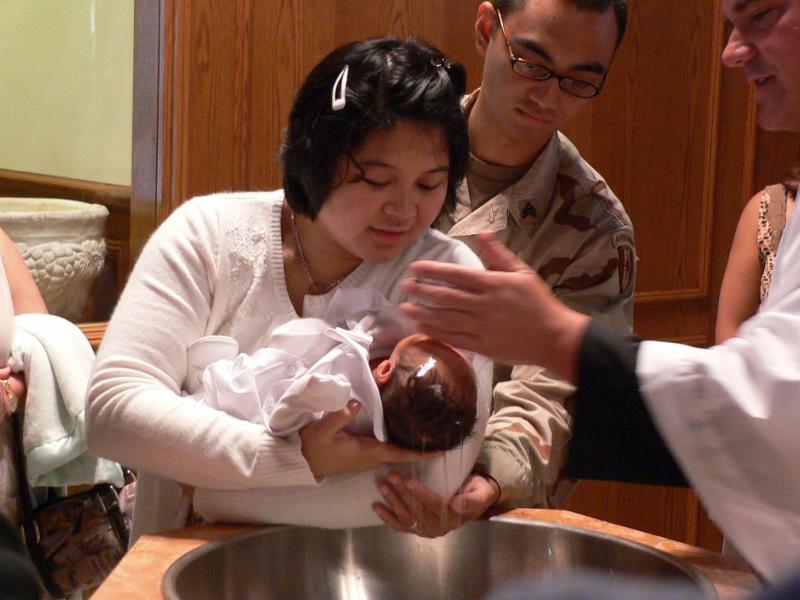 At first glance, it looks like Catholics generally put conversion on the shelf.

After all, if we think of conversion as a conscious decision that someone has made which brings identifiable change to a life; and if, as a matter of course, Catholics and other mainline churches baptize infants; then it only follows that conversion is something that does not need to happen in life. Do we seem to have found a shortcut around conversion?

Again, if we were to ask a test question of our parishioners – Who has experienced conversion? – we would not expect many Catholics to stand up. Sure, we have a sprinkling of people who joined the Church as adults; these folks would undoubtedly call themselves converts. But when we look at the majority of Catholics, we do not readily think of, or expect to see, very much in the way of conversion.

One priest narrated a story – not very unusual, I’m afraid – to me. A young man in his parish had been invited to attend a retreat given by a nearby evangelical congregation. He came back from the retreat quite excited. He told the priest, “Father, for the first time in my life, I gave myself to Jesus last weekend.” The priest responded: “What did you think you were doing when you were confirmed?

Certainly, the broadest form of religious experience in America—congregational evangelical communities—presumes that conversion happens to adults.  People in these congregations tie baptism to some clear awareness of the members. Sometimes one smiles at a seven or nine-year-old who talks about being “converted last Sunday” in church when affirming Jesus as one’s “personal Lord and Savior.” We wonder what will happen in future years when questions arise, and situations occur, that make those pre-teen moments seem so frail. Still, the experience of conversion seems clear and undeniable.

Americans tend to think of religion today the way they think of romantic love: you know it when you feel it. In fact, the presumption is that the feeling produces the reality and, without that feeling, then there is no conversion reality. How many times have people come up to me, even (especially?) when dressed in clerical clothes, to ask me if I’ve accepted Jesus as my Lord and Savior? They presume, of course, that without a particular feeling and experience, then conversion has not happened. (Tempted as I am to ask them why they think I’m wearing a Roman collar, I’m afraid they might entirely miss the point of my question!)

It’s easy for us to dwell on the process of conversion—how someone went from one point to another—rather than the purpose of conversion, however conversion happens. Conversion is never for its own sake. Conversion is directed toward discipleship—the consistent following of Jesus as he becomes the center of our lives. The result is far more important than the process, although the process might color how one thinks about the result. To experience conversion after a severe emotional setback disposes someone to look upon the result as assurance and relief. To experience conversion after marriage disposes one to think of conversion as a dimension of human commitment and love. 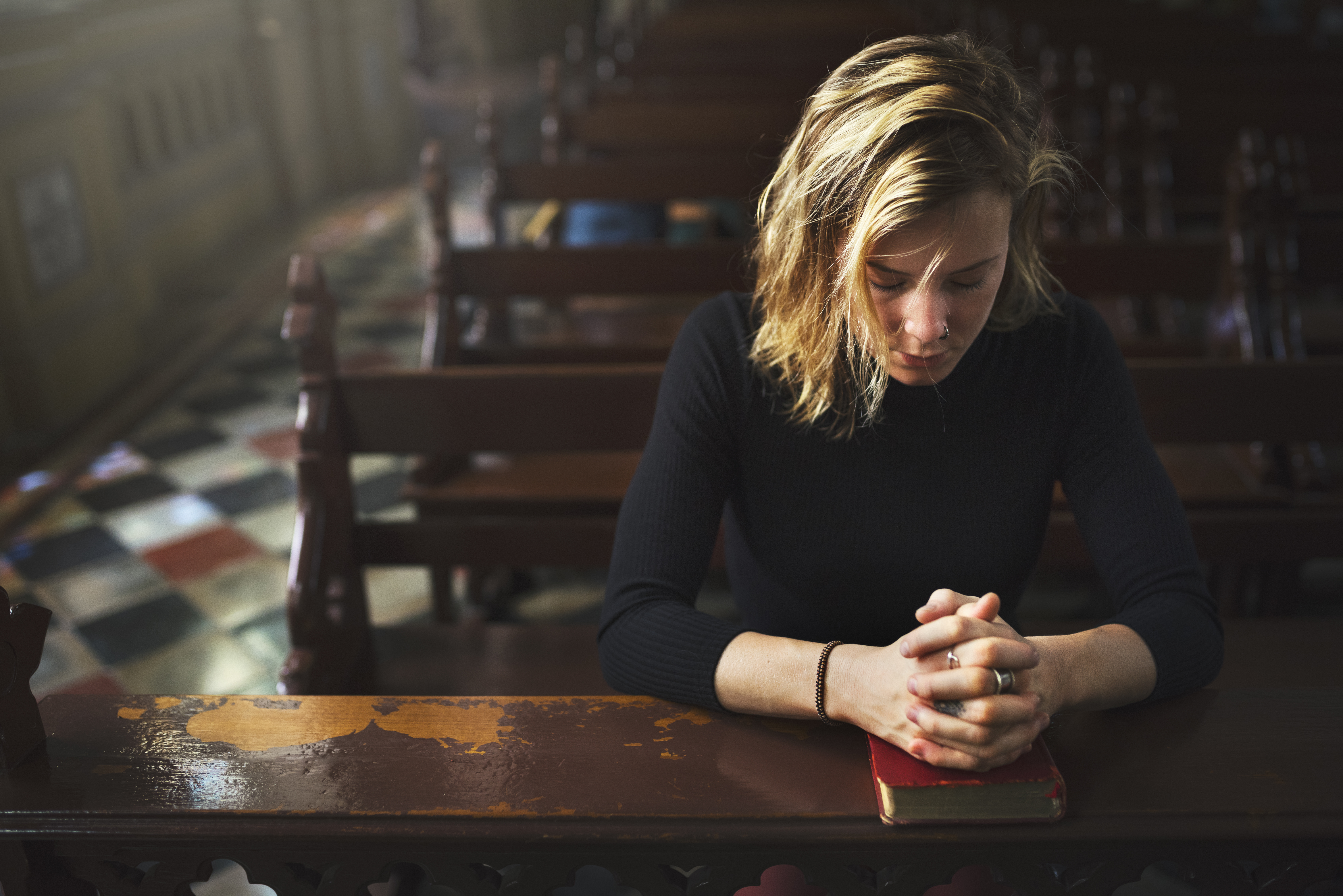 If Catholics, and other Protestants, baptize their children, they intend to bring their children up in an environment of conversion. This means that conversion will rarely come to someone like a flash; rather, it comes as a slow dawning as one matures. But it is not, for that reason, any less a transformation.  We need not dismiss the conversion experiences of others; but, at the same time, we must not dismiss the conversion experiences that happen in Catholic life, whether clearly recognized or not. In fact, we have to train ourselves to see conversion more broadly, and as something happening on a regular basis in Catholic life.

I have a friend who went on a weekend retreat offered by the Cursillo movement. He then tells me: “When I go to Mass now, it seems completely different. I didn’t know what the Mass was until last weekend.” Certainly no one would deny this to be a conversion experience, and many Catholics have undergone these kinds of events in their faith life. But does that mean what happened before that special weekend retreat was only pretending?  Does that mean there was no conversion in my friend’s life until then? Without those prior experience, would he have had that breakthrough?

The US Bishops had this to say in their document “Go and Make Disciples” (1992)—a plan and strategy for evangelization.

It’s worth dwelling on one phrase of this statement: “the ordinary relationships of family and friends.” The idea that husbands and wives deepen each other’s conversion, that marriage is a form of discipleship, is a common experience. Yet how many of us would acknowledge that as a conversion process? When the bride and groom commit themselves to each other on their wedding day, before Christ and his people, they promise to love each other in the form of love that Christ has shown—selflessly, generously, abundantly. 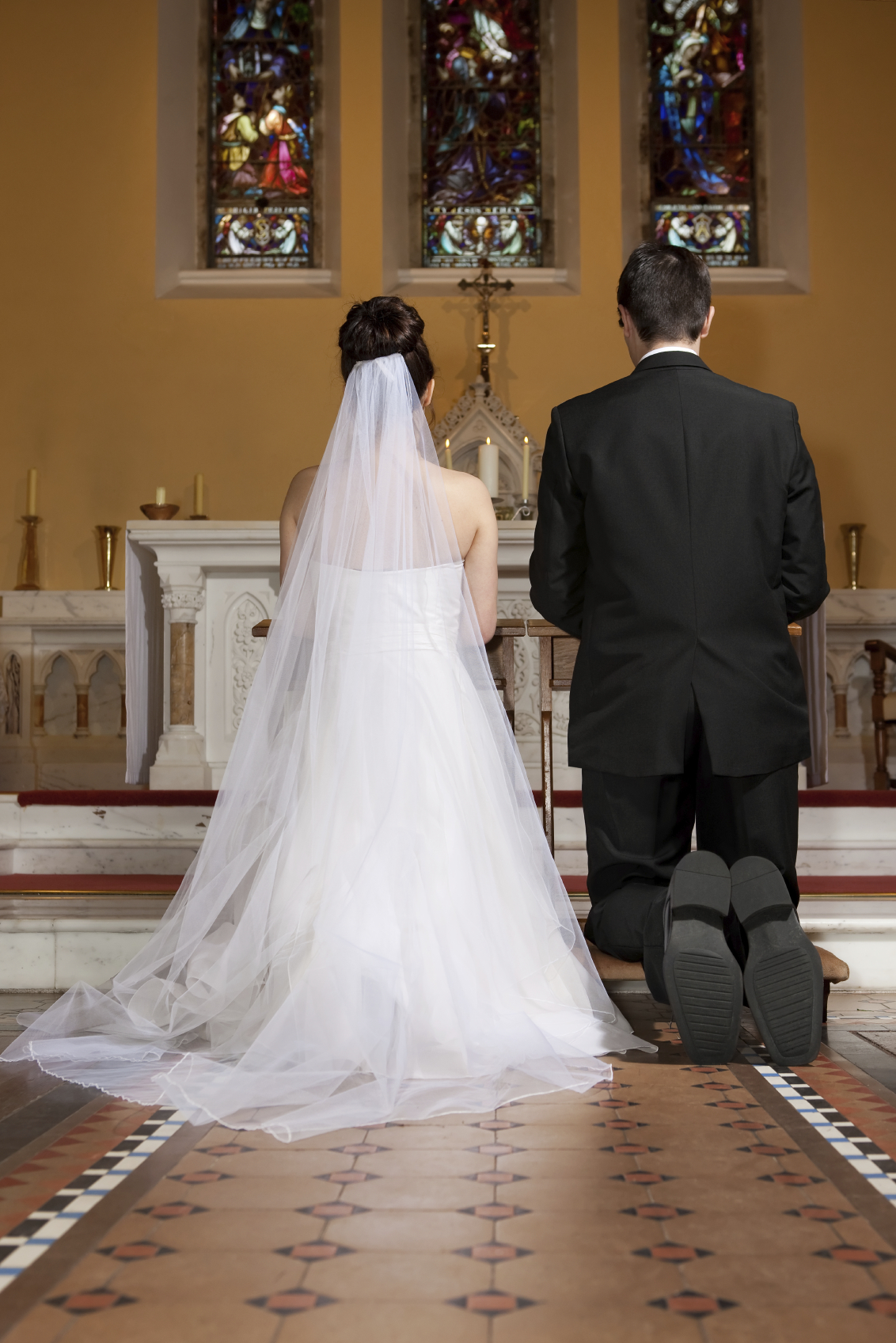 But the wedding couple, as yet, has no concrete experience of this. Indeed, it is only when they live out, as a daily promise, the vows that they have made that the significance of love takes concrete root.  And the more they live selflessly, they more they understand, in their hearts, what loving in Christ’s covenant means. They grow as disciples as they give themselves.  Their love, with perseverance and trust, helps them know, and reflect, God’s love.

Conversion, then, is verified in the living of our faith, not in its feeling or articulation. We can remember one of Jesus’ shorter parables in which the father asks two sons to help him in the vineyard. One son says “yes”—I’m sure with clear awareness and intention.  But he does not in fact do it. The other son says “No,” but afterward changes his mind and does what the father wants. (See Matthew 21:28-32.) When we are acting, accomplishing the father’s will (God’s will is the establishment of the Kingdom), then we know that conversion is operative in our lives.

As a result of the Second Vatican Council, Catholics actually have a rite for conversion called, appropriately, the “Rite of Christian Initiation of Adults.” This rite is a fairly elaborated process by which adults come to enter the Catholic Church. Like life itself, the rite has many steps as the process unfolds. It begins with inquiry, where people come and— from their viewpoint, experience, and questions—ask about faith and what it means.  Should people desire to proceed further in the process, they become catechumens—people who want to grow in the knowledge and ways of God. As they grow in their exploration of faith, they make a decision and then become the “elect”—meaning that they have been chosen to enter God’s people, by God and by the Church. They are becoming ready for membership in the Church. They become full members when they receive the Sacraments of membership—Baptism, Confirmation, and Holy Communion. But even after this point, they proceed into mystagogia—a strange word meaning continued growth in the life and knowledge of Christ.

This should help us realize just how much of a process is involved in all conversion. Indeed, inquiry, growing in knowledge, realizing we have been called and chosen, making decisions, deepening our experience of the mysteries of God’s love—aren’t these happening throughout Christian life? They are ongoing phases that make up our journey toward the fullness of the Kingdom.

Once, after being received into the Church, I was asking someone how they felt. “It feels like I’m coming home  All my life I was looking for something. Only in the Catholic Church do I feel that I have found it, that I am at home.” In some sense, the conversion began in the subtlest part of this person’s consciousness. Like a missing tooth, or an injured limb, this person felt drawn because of the lack, the absence, that gnawed at her. Chances are that the longing that led her to search for faith still continues as part of her Catholic journey.

Catholics today are being invited to get comfortable with conversion as a life-long process, something that happens on different levels throughout life. This means that Catholics need to recognize more clearly the experiences of conversion that pepper their lives. Because the Spirit touches us at different levels, it is clear that we are all at different stages of conversion. Nevertheless, we refrain from judging each other; more importantly, we encourage each other to experience Christ more fully.

The lead parable in both the gospels of Mark (ch. 4) and Matthew (ch. 13) has a Sower tossing seed around in various places. Some of it falls on useless ground, but even the seed that falls on good ground does not produce in a uniform way. Some yields thirty, some sixty, and only some one-hundred percent. As we look back at our own lives, we recognize, in our lives of ongoing conversion, how thorns sprang up, or the distractions of life chewed at our faith. We also recognize times when we seemed to produce little for the Kingdom, and other times when it feels like we produced a lot. We recognize the truth of this parable because it so fully mirrors the truth of our lives as believers.

Can Catholics get comfortable with conversion language? Let’s hope we can because it will allow us to better affirm, and strengthen, our faith all the more.

Think back at your life when you were 15, trying to identify the assumptions and practice of your faith life. Now move ahead to 25, and 35, and 45. Keep moving ahead until you get to these current years in your life.

What do you notice about the changes? In what ways can you identify growth, which is the product of the Spirit working in your life? In what ways has growth sometimes stopped?

Take time to recognize the ongoing transformations God bring about, and to thank God explicitly for the Spirit’s deepening of your ongoing conversion—your discipleship.