Click Here to see all the essays in our series on the Spiritual Works of Mercy and Evangelization. 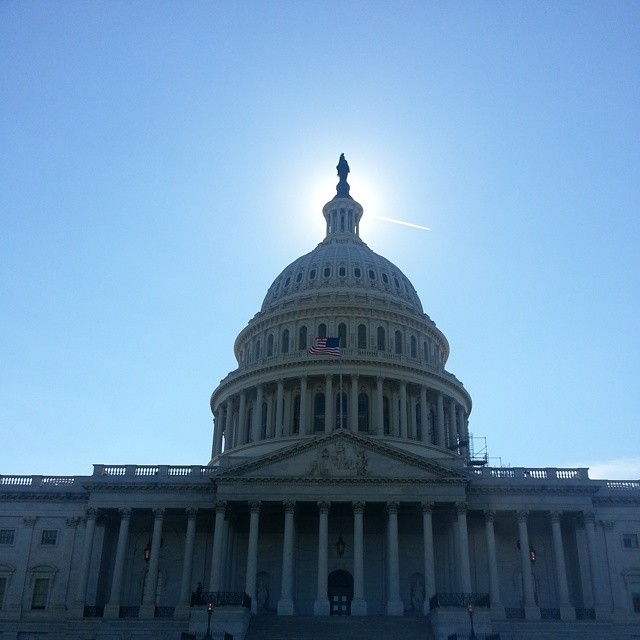 The Year of Mercy is just about ready to conclude. In Church circles, it has had quite an impact as we have considered our ministries and attitudes from the perspective of the merciful Christ. Pope Francis continues to lead the way, spelling out what Mercy looks like. He’s used words like “accompaniment,” and “loving gaze” to frame the issue. Mercy puts people first. It puts them and their burdens before it looks at catechisms and laws. Of course, the principles and values endure. But the particular context of people precedes that, and it frames the way those principles apply to the lives of people.

One way I think of the “Mercy-shift” is this: using the stance of discipleship to build bridges with people rather than to judge and exclude them. We church professionals only have to reflect on what goes through our minds when someone comes to the rectory to get a “certificate” so that she or he can be a godparent. We often see barriers much more readily than we see possibilities.

Mercy, however, also has to apply to situations beyond the Church. And perhaps we need some reflection on what mercy can contribute to our fractured American life. In an interview recently, Pope Francis referred to countries where candidates are named that no one seems crazy about; “Perhaps the society is too politicized?” he suggested – knowing full well that we are way too politicized in the United States and have experienced gridlock in our government systems for way too many years.

Let me offer some reflections on mercy in our civic life. 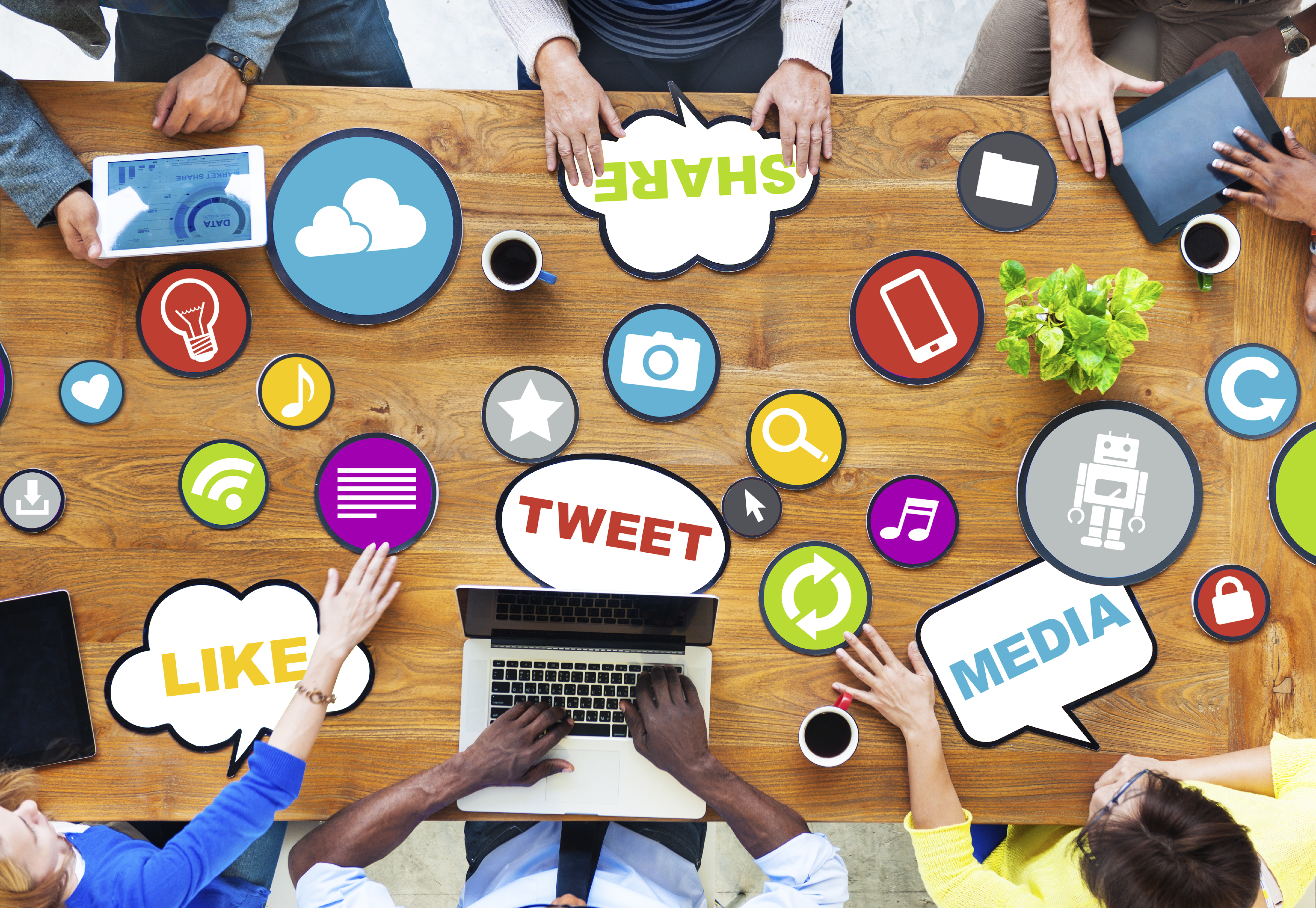 One way mercy should apply to our public life is through the use of media—both broadcast and broadband, both mainstream and social. For it is far too easy for an outlet to adopt a political attitude and create an ideology around it—ideology in the sense that the same ax gets ground day after day (or hour after hour), and the same people are attacked and dismissed again and again. This happens way too often in our broader media context, particularly with 24-hour news cycles, but it also happens in our social media as people post the same rehashed photos and quips day after day.

For the mainstream media, much of this is about money. Keeping “the base” happy means people keep coming back for more of the same self-confirming stories. And keeping the election process going—it’s already unconscionably long—means keeping the advertisers happy with larger audiences stirred up around ideological issues. Let’s multiply debates; look how much the networks make when millions more tune in! And let’s turn the political process into a bunch of “gotcha” moments so that whatever is said, even though unintended or off-handed, becomes a way to shame a candidate.

For social media, people cultivate a profile and become slaves to it, returning to the same media sources for their links and pictures, continuing the impression that harping on the same issues is communicating with others, that reasserting the same pre-digested material non-stop somehow contributes to the common good.

If our media posture—whether broadcast or broadband over the Internet—consistently prevents us from even listening to the other, then mercy is absent. If our attitudes regularly and casually put people into “this box” or “that box,” and that’s where it stays, then mercy has been missed. Because mercy begins with encounter—encountering the other for the purpose of knowing and loving. It may take a while for that knowing and loving to occur, but it can never happen if people dismiss each other out-of-hand.

A whole other area, though agitated by the problems in media, is public gridlock. “Washington doesn’t work,” people complain. But we keep electing angrier and more isolated people to represent us, and then we wonder why government has stopped working for us. While larger media and political forces drive these attitudes, the major problem revolves around an inability to look at government from the point of view of the common good. Surely different economic frameworks come into play; after all, no one has figured out a perfect economic system. But every economic policy has to begin with the reality of human beings, in their particular lives, and how we can foster the fullest experience of our fragile lives. If we regularly only look at one part of our common reality—the middle class, the wealthy, the Wall Street types, the Main Street types—and never look at the marginalized and growing numbers of the struggling, then have we done our jobs, what are we saying? Have we even fulfilled the minimal moral requirement that falls on all of us? And when our solutions—which haven’t worked in decades—keep amounting to the same slogans, what does that make of our integrity?

We have pretty much decided that communism was a flawed system and the collapse of the Communist Block two decades ago was almost inevitable. But how often does capitalism—note that it’s an “ism”—come close to collapse? And how much more often does it come close to enriching certain segments at the expense of other segments? And how often does it create inevitable bubbles which, once popped, almost always hurt the poorer among us disproportionately?

Mercy, in addition to speaking to our communication and our attitudes toward government, must also speak to our court systems and the resulting consequences. First of all, isn’t it a bit embarrassing that our society leads the pack when it comes to litigation? Getting revenge, getting even, getting “paid,” and proving we are right—how easily these have become the primal instincts among modern people. We have to “go for the jugular,” and exact extra penalties in order to establish that we are right and someone else is wrong.

I am well aware that litigation has brought about distinct goods—particularly in areas of product safety and sexual abuse of others. But I am also aware that litigation has become a virtual business—and that the impulse to litigate far exceeds any impulse to dialogue, to reconcile, to mediate, or to just drop the weapon we feel we have. We often wound the other just by opening the process of litigation and keeping it going—because the other’s bills for attorney services will go on non-stop as long as the suit is in process.

Another vital, public area for examination of conscience concerns our deplorable process of imprisoning people. No other developed country incarcerates people at the rate we do. And our incarceration patterns fall particularly on the poor and the minorities. People are “put away” for decades for a non-violent crime often involving drugs—drugs that are a national epidemic and a health issue as much as a criminal issue. Further, we incarcerate people often without any effective programs of education or recovery, ensuring that the imprisoned will re-commit crime in the future. What is a person supposed to do when, released from jail, she or he has no money, no place to live, and no family to go to? To incarcerate without a social program of betterment is to basically torture people in revenge rather than to “correct”—which is the key purpose of “the correction system.”

One of the most sober realizations is this: even on death row, where we exercise what we think are the strictest standards of justice and court procedures, there is a regular failure rate: we find innocent people guilty. I was privileged to be in Chicago when former Gov. George Ryan (well before he was imprisoned) used our church to speak to the families of those on death row. He knew the failure of the court system. He stood before these families for three hours, attending to their fears, frustrations, and concerns.

We often think of the word “pardon” in terms of our prison systems—how governors or outgoing presidents can select a list of people already in prison, or already convicted, and grant them a pardon. But mercy carries a different note than “pardon.” Mercy takes initiative not after punishment is rendered but right at the beginning of our thinking about a situation. Mercy—the presence of love, the willingness to dialogue, the desire to heal, taking the first initiative—comes into play well before the punishment is rendered. Mercy asks us to look at our whole attitude toward crime-and-punishment and how helpful that is for society as a whole, for populations in society, and for individuals. When whole chunks of communities have been imprisoned, or been trained to fear police and law agents, then something distorted is happening. For many years “law-and-order” has received plenty of public support, and plenty of political movement. Might that be a club too big and unwieldy for its purpose? Might there be other considerations beyond “law-and-order.”

I write this as someone who has been mugged several times in my life, once even resulting in hospitalization and three months on crutches. But I also write this as someone who has “hung out with the sheep” for years in my priesthood, seeing the pressures and limitations placed upon segments of our society. Surely we can start doing some things differently—because what we are doing isn’t working. It may work in terms of “lower crime numbers””—who wouldn’t applaud that? Or applaud the law enforcement people who make these lower numbers possible? Nevertheless, look at the price we pay—uniquely—as the only developed country that handles crime and punishment as we do. It’s a price paid in tax dollars; but, more poignantly, it’s a price paid by creating environments of despair, pushing people against walls, and stripping human considerations from prisoners—and from their families and communities as well.

Maybe that most-publicized civic area, immigration, can be the most telling part that mercy also has to speak. It is one thing for the narrative to be “sending thugs and rapists into our country to commit crime,” or “those people who have broken our laws”—as if our border laws were the only consideration when it comes to life and death. But a whole other narrative can be made, about people struggling for survival or escaping desperate situations and despotic governments; about people who have lived as refugees for years because of wars created by the decisions of states; about our nation being enriched by those who come to us—as it always has been in the past. Osama Bin Laden did more than take down two iconic buildings and try to destroy the Pentagon. He, and the whole take on terrorism, has taken away our ability to address the very real human situations that affect, when all is said and done, every one of us, whatever our social status, whatever our race, whatever our politics.

What Mercy Has to Offer

Mercy has so much to say to our civic reality today. Maybe some of it can spill from the ecclesial circles, where it has had most valence, into our public discourse where, for the most part, it has been silenced. Pope Francis said it clearly in “Amoris Laetitia”—“No one can be condemned forever, because that is not the logic of the Gospel!” (#297)

Mercy pushes back against condemnation, and insists that other paths may work much better.