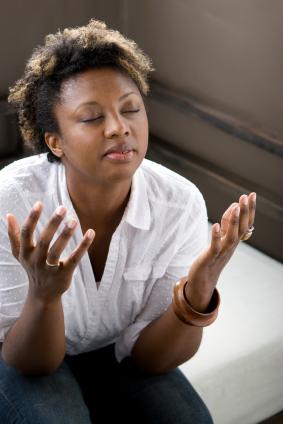 Isaac Hecker had powerful mystical experiences of the Holy Spirit within. With the help of the Transcendentalists he found language to put words to his inner convictions. The Transcendentalists of Hecker’s day, whom he encountered at the utopian community Brook Farm, believed that the human being had everything he or she needed to live a fulfilled life.

But Hecker the Seeker did not believe that as an individual he had all he needed to connect with God. His search led him to the Catholic Church, where the Holy Spirit indwells the Mystical Body of Christ. There he found a home for his longing.

The “nones” of today are similar to the Transcendentalists of the nineteenth century, in that they have feelings of transcendence but do not believe they need Religion to fulfill their longings. We wanted to know, “Is there a language for the universal human experience of transcendence? A language that is not explicitly religious or spiritual that can connect the Seekers of our day?”

To find this common language we got together a small creative team and developed a website called www.Portland-Aha.com. It is a forum in which young adults are video-interviewed about an “Aha!” moment. They are asked to describe a moment in which the light bulb goes on. It may have come after a long struggle. It may be a moment of transcendence in which they felt connected to all humanity and the whole universe.

Abraham Maslow called these “Aha!” moments peak experiences. He discovered that the young adults he knew could undergo an unforgettable epiphany during a most commonplace occurrence.  These moments came unexpectedly.   We captured some of these “Aha!” moments in “man on the street” interviews in downtown Portland.

David, a musician busking on the corner of 5th and Yamhill in Portland said, “I have found that when I play for my listeners I feel much better about the experience than when I play with the intention of getting tips.  When I play to give to people I feel happier and more connected.  Surprisingly, I also get more tips.  My Aha! moment was to realize that when I most give I most receive.”

Emily spoke of finding her calling as a high school teacher. She said “When I was in the Peace Corps I decided that I wanted to become a high school teacher for inner city youth. When I returned to the States I entered a master’s program at Lewis and Clark College in Portland that specializes in training people for work with at-risk youth.  But when I started looking for jobs the position I was offered was at a private high school, Jesuit, that mostly educates students of privilege.  I felt frustrated – that “this isn’t where I’m meant to be!”  But with time I realized that my gifts and talents really suit me for teaching at Jesuit High.  I can reach these young people and implant in them a desire to serve.”

These two short testimonies point the way towards creating an online community of young adults discussing deep human experiences.  My ultimate goal is to bring together people of different religions, people with no religion, and people of the Catholic faith to dialogue about human transcendence.

Previous Essays in this series