“In all the baptized, from first to last, the sanctifying power of the Spirit is at work, impelling us to evangelization…In virtue of their baptism, all the members of the people of God have become missionary disciples (cf. Matthew 28:19).”

In the beginning of his beautiful Apostolic Exhortation quoted above (in Latin Evangelii Gaudium) the Holy Father is calling all Christians to invite others to a “personal encounter with Jesus Christ,” to fall in love with Jesus. Such a love leads to discipleship, to follow him and give witness to him (see John 21:15-19). 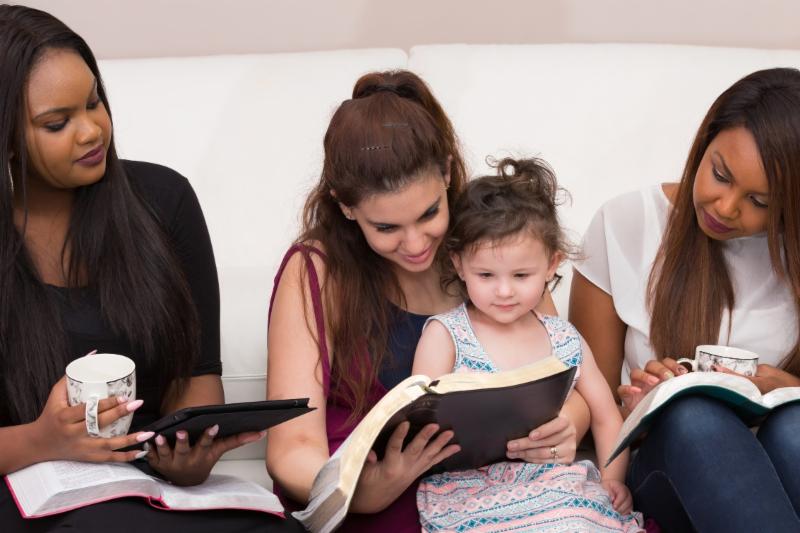 My first “encounter” with the living Jesus Christ occurred in my mother Vivian’s arms, when, as an asthmatic toddler, I would hear her sing to me a song she had learned as an Evangelical child:” Yes, Jesus loves me, the Bible tells me so!” I knew by those words, sung with motherly affection, that I was loved by Jesus and that I would be OK! The inner music of the Holy Spirit has been my lifelong Comforter. This was the beginning of my becoming a “missionary disciple.”

This movement was renewed and intensified when I entered the Paulist minor seminary in Baltimore and met the Oblate Sisters of Jesus the Priest, a marvelous community of women religious of Mexican origin who have collaborated with us Paulists since 1952. Learning that I spoke Spanish and played the guitar, they asked me to give them guitar lessons. I had studied guitar in the sixth grade (I wanted to be a rock and roll star!) and Spanish in the seventh grade (They told me it was easier than French!). So I taught the Sisters guitar, and, in doing so, grew to deeply love both them and their culture. They embodied for me Latino evangelization.

Two of the Hermanas bore the name “Guadalupe.” I had never heard this word before, since I had gone to public school all my life and practically all my friends were Jewish. I became fascinated by the Latino devotion to the Mother of America and decided to spend a few weeks during my summer before novitiate visiting Mexico and the Basilica of Our Lady of Guadalupe. There I bought an image of Our Lady of Guadalupe for my mother, who, as a hard and fast Evangelical, had certain misgivings about our Catholic devotion to Mary. Through Our Lady’s intercession, I received my mother into the Catholic Church fifteen years later!

So much of my being evangelized has come through my friendship and collaboration with Latinos. The Oblate Sisters renewed the process of my conversion to Jesus by inviting me to strum with them through the music of the Holy Spirit. They exemplified the joy of the Gospel, and I have carried this joy with me for well over fifty years in fiestas, quinceaneras, parandas (Puerto Rican Christmas neighborhood processions), house blessings, and parish missions, in migrant worker camps and barrios, all over the U.S.A.

The Oblatas also brought me to a renewed devotion to the Eucharist. It was through them that I could observe first-hand the power of daily Eucharistic adoration. The Hispanic devotion to Jesus is an emotive one, heart to heart. The Jesus so adored is a very Catholic Jesus, filled with and surrounded by cariño (warmth and affection). This I have been stressing here in Texas in my current role as Minister to Priests in the Diocese of Austin.

The Cursillo Movement provides another example of how the Latino culture has impacted me personally, as well as the evangelization of America. As a young seminarian, in 1972, the year of the first Encuentro Hispano, I made this three-day experience of encountering Jesus in Harlem in New York City, where I was preparing to become a West Side Padre. The profound witness of Latino men, many of whom who had drifted away not only from God but from themselves and their loved ones, kneeling and weeping before Our Lord in the Blessed Sacrament, is another experience I have carried with me throughout my ministry. At the conclusion of our weekend, we heard the words: Cristo cuenta contigo! (Christ is counting on you!); to which we enthusiastically responded: Y Yo Con El! (And I on him!). I would soon thereafter become involved in the leadership of Archdiocesan Hispanic Youth Ministry.

Like the Aparecida document of the Latin American Bishops Conference (2007), for which the future Pope Francis was so largely responsible, the Cursillo Movement implements the connection between discipleship and social justice which was embodied by the earlier Catholic Action movement—see reality (with the sensitive yet discerning eyes of Jesus), judge reality (with the mind of Jesus, using Scripture and the teachings of the Church), and act (as the Body of Jesus, connecting devotion with social action), (piety, study, and action in Cursillo). This methodology provided the framework for the recent Convocation of Catholic Leaders sponsored by the United States Conference of Catholic Bishops. And this is the basic methodology of Hispanic evangelization, which is why Latinos can be found praying the rosary before abortion clinics and marching to State Capitols for the rights of immigrants and refugees.

La familia is, of course, the central venue for Latino evangelization. One evangelizes among Hispanics most effectively by becoming invited into their extended family, especially as padrinos, madrinas, compadres, y comadres. When one becomes a sponsor of a Latino Godchild (ahijado/a), one can truly witness to the love of Jesus and facilitate an encuentro with him.

Fr. Bruce Nieli, CSP is an evangelist and missionary based at St. Austin Church in Austin, TX. As part of the Extraordinary Jubilee Year of Mercy, he was named a Missionary of Mercy of Pope Francis. A native of Long Island, NY, Fr. Bruce was ordained in 1973. He is past director of evangelization of the United States Conference of Catholic Bishops.
Fr. Bruce leads parish missions and retreats, and speaks at a variety of diocesan and regional conferences. He is fully bilingual and does presentations in both English and Spanish. “Responding to the Spirit in the Soul, in the Church and in the World” is one of his topics, as is the spirituality of St. Paul the Apostle.