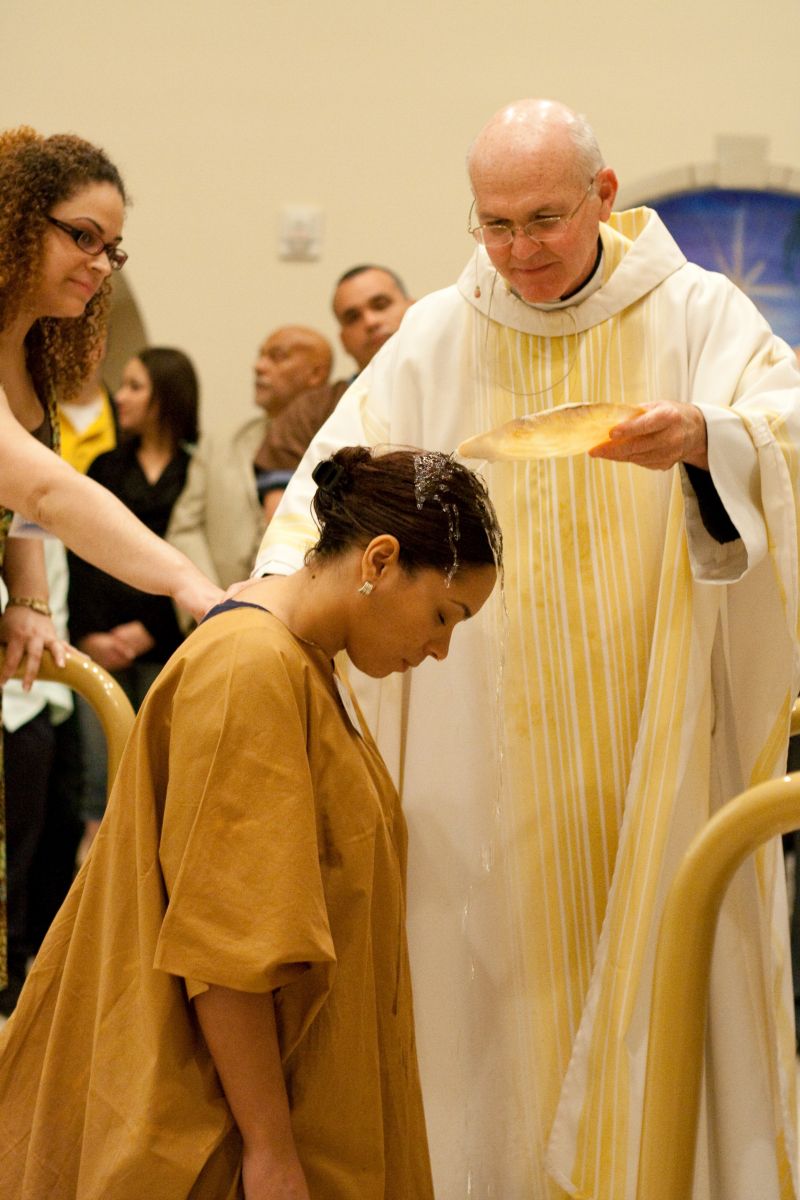 Until the restoration of the Catechumenate, we really did not have anything concrete to compare Lent to. And part of its meaning was somewhat obscured.

Of course, we had the image of Jesus fasting for forty days, and our Lent was in some way a spiritual participation in this hunger. If Catholic life was being united with Jesus, and if we were to be united with him in our sufferings, then we should also be united to him in his fasting.

Certainly, we heard the word “temptation” differently than Jesus did because none of his temptations were similar to the ones that we commonly face. I suppose some people involved in religion might be tempted to use religious power to get a lot of fame and applause, but most of the temptations we thought about fifty years ago revolved around a selection of the Ten Commandments that our piety particularly highlighted. Jesus resisted temptation; I should resist it too. So that’s why we have Lent.

But, since the re-introduction of the Catechumenate, a major theme has emerged as the leading concept of Lent. Far more than our resisting temptation by fasting and giving things up, the Catechumenate has forced us to think about our Catholic life from the viewpoint of conversion. In Lent, we who are already baptized identify with those who are not yet baptized. We reflect on their experience of conversion, and contemplate our own ongoing conversions. Lent is essentially about the issue of conversion.

In some ways, no theme can be more neuralgic than that of conversion. From those outside the Church, Catholics are routinely depicted as people who have not experienced conversion. We are described as “catechized,” or “ecclesiastized,” or “sacramentalized,” but not as converted, not as evangelized. This says as much about how the major themes of conversion have been shaped by evangelicals—unless your conversion is like theirs, then you must not be converted. Unless your conversion has come in the form of “accepting Jesus as your personal Lord and Savior,” then you have not really experienced conversion, nor have you been “saved.”

Putting things this way has intimidated Catholics and other mainline congregations for decades. Defensively, we have tried to insist that what we do, or have, or say, is somehow even better than the standard American formula for conversion.

But here’s where the problem comes for us from inside the Church. If you asked Catholics if they were converted, most of them would scratch their heads in utter puzzlement. In other words, from outside the Church come implications that Catholics are defective when it comes to the experience of conversion; and, from inside the Church, comes the general impression that, well, maybe we aren’t. At least we don’t “feel” converted. But here is exactly where we need to push back.

Of course, Catholic life is all about conversion—in that classic Roman concept of “adherence” to Christ. If you asked Catholics whether Christ was the center of their lives, whether they grew in response to the Word of God, whether they prayed and worshipped in faith—most practicing (and many non-practicing) Catholics would nod their heads in affirmation. After all, we can all erect so-called criteria for “conversion” that excludes a slice of almost any group.

The pastoral task which Lent places upon us, in view of the place of the Catechumenate in Catholic life today, is to help Catholics grasp the ongoing conversion that is part of their lives. To point out to Catholics—or, better, to let them realize in their own lives—just how many dimensions of conversion undergird their everyday life—from Sunday Mass, to caring for the sick, to sacrificing for others, to personal prayer, to remembering and reflecting on a Scripture verse, to having their children baptized and catechized, to living as a prophet of hope in a society that seems to prefer fear and worry.

Of course, every Catholic conversion is incomplete in some sense. Pope Paul VI emphasized that over forty years ago in “On Evangelization in the Modern World.” But that is no reason to overlook the extent of the opportunities for, and experiences of, conversion that are already part of Catholic life.

Those of us with the privilege of preaching, teaching, guiding, and sharing faith with others might make Lent an opportunity for us to review the conversion dynamics that are powerful in our ordinary lives. To examine our lives and consciences from the viewpoint of how conversion is offered to us as part of our everyday Catholic life might make for a wonderful Lenten reflection.

This emphasis in our parishes might help us identify even more fully with our new brothers and sisters, joining the Church, whose personal experience becomes a model for us, just as our lived-experience is a model for them.