The Third Spiritual Work of Mercy: 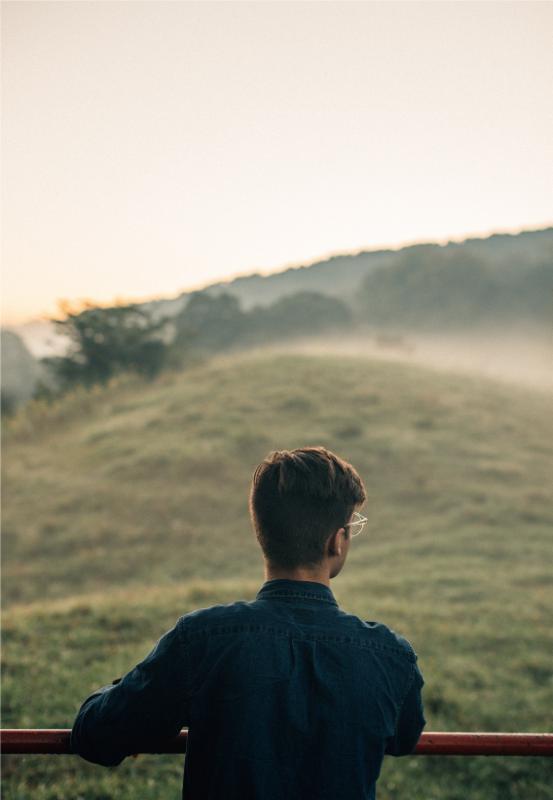 The word “admonish” basically means to “warn” people. We have the example of Ezekiel, called to be a watchman, as an enduring symbol of what it means to warn people of sin. (Cf. Ezekiel 33:7, where the word “sentinel” is used.) The “Watchtower” brand of the Jehovah Witnesses comes from this verse!
This points to one of the essential dimensions of forming a moral vision: to describe for the world the structure of good and evil. Some of the most world-transforming power has come from the moral description of evil: in ancient time, to denounce child sacrifice; in more recent times, to denounce slavery; in contemporary times, to denounce exploitation of other people, both economically and sexually.
Humans can blunt their visions. The most normal tendency is for people to try to shape the world according to their preferences. Sure, we feel, everyone else is evil; but we allow ourselves our own addictions, prejudices, laziness, passions, and angers. It takes little effort to see how much of the twentieth-century-the fruit of so much progressive thinking-created massive distortions of human society in the forms of Communism, Nazism, Fascism – and, in more subtle ways, certain forms of Capitalism and Consummerism. These movements and philosophies saw themselves as changing things for the better. But their attempt to reshape what was good and bad has been repudiated by history.
We need prophets, then, to describe a vision that points out evil—those parts of our lives that, compromising our fundamental good, accustom us to sin. Of necessity, then, prophets are enthralled with a vision of the Good, of the way things should be, of the way God wills things to be. They point to a way of life toward which humankind has to strive, a way of life that illuminates the darkness and twistedness of our present lives, a way of life that moves closer us closer to heaven. How often do we pray: “Thy Kingdom come, they will be done on earth as it is in heaven”? The closer we move to the heavenly Jerusalem, as an actual way of relating to each other, the more God’s will is fulfilled, the closer the Kingdom comes into our midst.

So how does the prophet avoid being shrill? Usually this is one of the problems with pointing out evil: people seem to wrap themselves in a cloak of righteousness and scold everyone else. The result: most people dismiss the moral visionary.

In this Year of Mercy, the only way to avoid shrillness is to recognize our common need for mercy. There are not some sinless people who have the right to denounce the sinful. Rather, all of us, whatever our relationship with God, fall short of the love that we should be reflecting back to God.

So “admonishing the sinner” comes down to recognizing the common need we have to be further purified and strengthened by the Holy Spirit, and speaking in a way that allows others to see that, whatever sins they deal with, there is the possibility of freedom and redemption.

Another aspect of mercy in this regard entails some of the “gradualism” that emerged as a concept during the Synod on the Family—not that there are no values or rules, but that it may take time for people to realize these values to their fullness. In fact, when we think about it, this describes the way most of us are in every aspect of our lives: like Paul, we have not yet reached the goal, but we strive toward the ideal (cf. Phil. 3:12).

What, then, of prophecy? Are we called to be the Ezekiels of our days? Do we adopt an apocalyptic language of threat and doom in order to get peoples’ attention? Do we become the lonely figure, denounced by our society because we feel we have to denounce it?

Here another insight from Pope Francis might help, his injunction that we speak with people from sharing and dialogue, not as the triumphant who have come to conquer.

Contemporary society has massive difficulty seeing things that are gravely sinful. The level of sexual irresponsibility, and its consequences, for example, remains one rarely – named but grave evil. But what is the rhetoric that allows believers to get others to think about their behavior? Here it is the witness of our lives, and the essential values that we articulate, that can be the only way to begin to convince people of the destructiveness of certain behaviors. Needless to say, criminalizing certain evils has not worked in modern democracies; maybe the strategy of gentle, witness-filled, behavior might be what is needed.

The Year of Mercy gives us opportunities to look at many aspects of our spirituality and morality. One of the key aspects certainly is the uselessness of an “us” and “them” way of framing the questions. Indeed, mercy comes as a force sweeping across all our lives. We all need it. And we all are obliged to show it. “God lets his rain come upon the just and the unjust. (Mt. 5:45)”

And it isn’t always clear who is the just, or the unjust, in every situation, is it?

Second Spiritual Work of Mercy: To Counsel the Doubtful