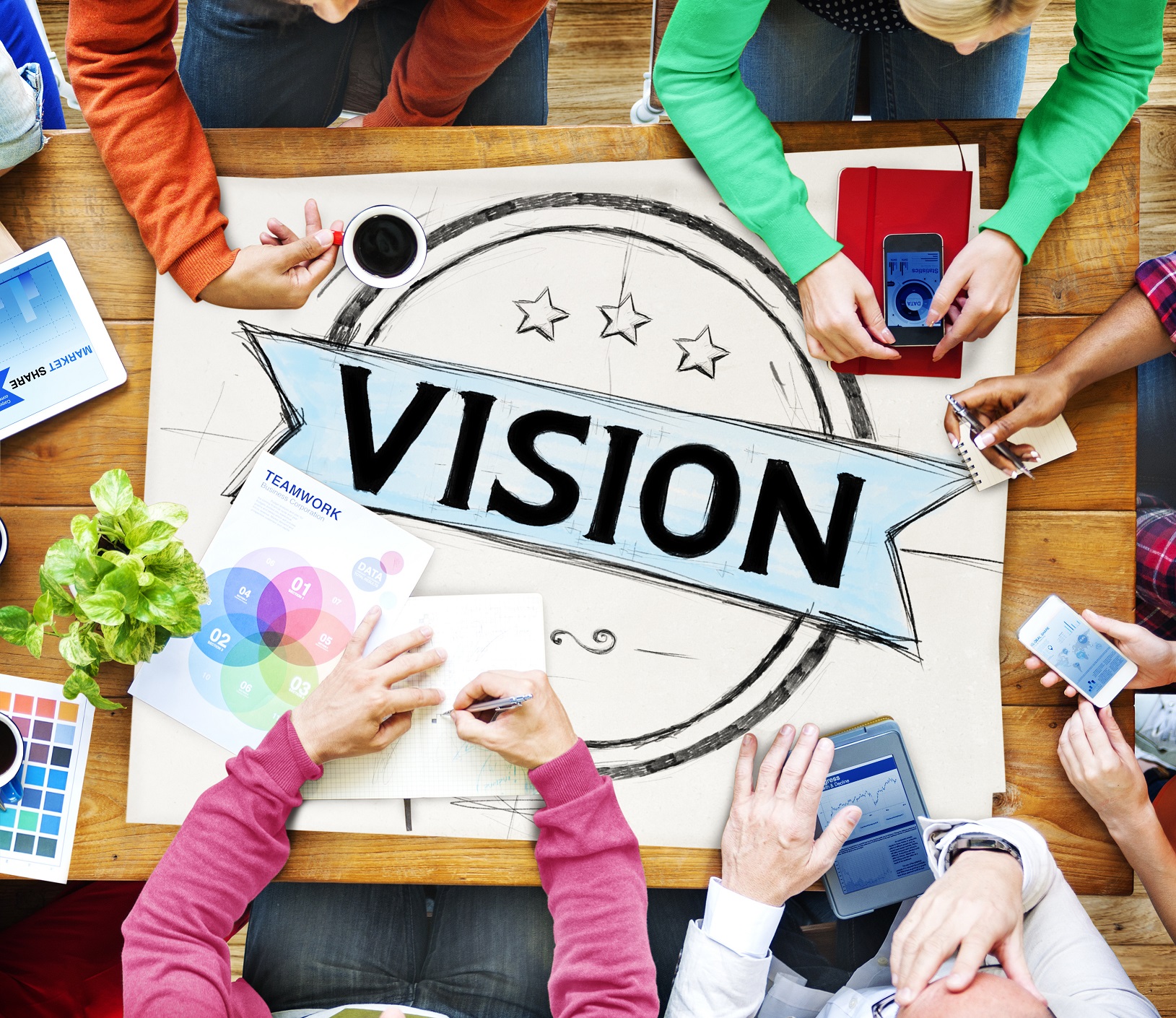 Reading the Signs of the Times for Evangelization Today

What does reading the signs of the times and the findings of the sociological studies tell us about the nature of faith in the US today? What are some of the larger pictures of what’s happening in current culture? What might this indicate about parish and Catholic life today?

No one serves as a missionary disciple in a vacuum. No, the surrounding culture and environment deeply affect both what a missionary says and how it is said. One of the very exciting observations about the New Testament is how Christian faith grew through its encounter with the ancient cultures of Greece and Rome. In fact, if you wanted to read the “original” words of the New Testament, they would all be written in Greek—not in Aramaic, the language Jesus spoke in daily life, and certainly not in Hebrew, the language of ancient Israel. Earliest Christian faith is a perfect example of responding to a new environment.

We can look back on those ancient cultures and study them. That is one thing. It’s entirely different to try to study a culture we live in today because it surrounds us so intensely. It is very difficult to pull back from our present years and see the big patterns. All the more so in a culture as “hot” and changing as the one in which we live. We experience daily things that were barely imagined fifty years ago, starting with the little computers we carry around with us all the time—our cell phones. Or transportation at the pace and rate in which people experience it today. Or the interface of different cultures because, today, in many places, on one street one can meet people from Europe, South Asia, China or Japan, Latinos from various cultures south of us, and Africans both north and south of the Sahara. Even more, we can turn on our TVs and watch content from any and all of these cultures, and then publicize our feelings over social media.

So much interchange, so many events, so many people playing important roles in culture—how do we know what is happening? Does this or that movie represent a trend? Or a string of mass killings? Or the closing of plants in several states? Or the opening of new factories in other states? Does the election of this or that person represent something profound, or just one more element in the stew of modern life?

Despite all the difficulties of reading one’s own times, we can see some very clear trends happening before our eyes in today’s United States. These trends form the context in which we are called to be missionary disciples. If we think our parishes primarily serve as protectors, keeping culture at bay while we have our own little piece of culture, we should think again. Parishes ultimately serve as membranes through which elements of faith and culture go back and forth. Why? Because we parishioners live in the actuality of today’s world and, no matter how hard we wipe our shoes when we enter a church building, we are still bringing that world into the church. That world, its attitudes, and its assumptions.

Here are some megatrends that have been affecting parish life for more than half a century. Reflect on the ones that have impacted on your parish the most.

1) America has become suburban and urban in a new way, causing massive disruption of our experience of parish and church.

People can see this without too much effort. We can think of grandparents and great-grandparents who lived in “little Italy” or “German town” or some other part of the city with new immigrants streaming in. In rural areas, towns themselves formed cultural and ethnic enclaves. For Catholics, the American parish played a crucial role during all this immigration. It held nationalities, cultures, and families together. People saw themselves as becoming part of this new American culture through the parish which introduced socializing processes that smoothed the transition. Even more, parishes built and opened Catholic schools; through these schools, Catholics had a direct pipeline to successful employment from grade school through high school—and into those Catholic colleges opened in most large cities by congregations like the Jesuits, the Christian Brothers, the Sisters of Charity, or the Franciscans.

When we started building suburbs, things radically changed. No longer did our distinctness matter (language, food, dress); in some ways, these even counted against us. Everyone had lawns—not only did we have to mow them; we saw them as defining our own turf. Everyone had backyards with grills for hamburgers and hot dogs, all very American. Children started going to public schools because they were better, educationally than some Catholic schools. Parishes offering CCD became the new norm. We hung out with our neighbors, whatever their religion, reinforcing the notion that their faith might be just as good as ours.

In this way, American parishes changed from being refuges needed by newcomers to becoming objects of choice in a suburban world based on movement and preference. We went to church because we choose to go—and could just as easily choose not to go. We no longer had neighbors living beside and on top of us, exerting a pressure to conform. Perhaps parish plays an important organizing role for some ethnic groups today, Latinos or Asians. For most of us, however, parish means relatively empty urban buildings and semi-filled suburban ones. By the way, when people moved back into cities, they didn’t move back as struggling immigrants; more likely, they are urban yuppies, well formed by suburban assumptions, for whom church is just one more option in their lives.

Because modern attitudes have made religion an object of choice, modern church leaders have dug into the American revival tradition to offer new forms of church gathering, through megachurches and evangelical assemblies, which have drawn millions of people from traditional Christian church groups (Catholics, Episcopalians, Lutherans, Presbyterians, and even Methodists who were the original revival organizers) into new church associations that, almost by definition, strip away the forms of identity of these traditional congregations. The American religious mind is congregational—meaning individuals from congregations and can switch from one to another without much cost.

Here arise the sentiments that we don’t need altars, or vestments, or scholars, or traditional music. No, these churches offer something different, a way to experience religion directly by the style of preaching and singing. We do not have liturgy; we have programs developed the previous week! Someone like Rev. Billy Graham realized how risky this was because people might go to a revival and then not be attached to any church afterward. That’s why, later in his revivals, he always worked with local churches of all denominations. But the cork popped out of the bottle, and now people in modern society, have no clear identity with church, nor any necessary connection with traditional worship, including the Mass. Most Catholics keenly note local “new congregations” that spring up in their area—and the many Catholics who start attending them—at least for a while. The end result is that church is a preference (or not), rather than as part of our identity. Congregational religion us, ultimately, personal religion.

3) New models of growing up have replaced earlier ones, leading to different ways of relating to faith and church.

Parents and grandparents will recognize the effect of this almost immediately. For people over seventy, growing up meant becoming like your parents or grandparent. Back in the 40s and 50s, we still named children after their elders. People grew up, usually coming to maturity when they graduated high school, marrying soon after, and working in the same company as their families.

But starting in the 1960s and getting a big boost from the opening of state universities and colleges, growing up changed its meaning. Instead of becoming like one’s parents, growing up meant discovering who you were. Creating your own identity from a palette of options became the assumed way of entering adulthood. In addition, the age of maturing moved further back. Graduating high school was just the beginning as people made their way through college and graduate studies, often maturing in their late 20s or early 30s. Some of this reflects the growth of women’s movements and the professionalization of much labor because people had to go to college, and women had to be as free as men in terms of career. As a result, people marry later, have children later, settle down later—and get involved in church later (if they ever do).

4) Changes in modern life have deeply affected patterns of relationship and commitment; as a result, people experience a lot of personal and sexual experimentation which, in turn, affects religious identity.

In the 40s and 50s, youth would start maturing through high school, swooning to the sounds of Frank Sinatra or Connie Francis. Since marriage was not far off, people had much less time to experiment sexually, and devices to prevent conception had not yet become widely available. Starting in the 60s, and moving dramatically forward in the 90s, specifically with the delay of marriage and commitment, a new world has evolved, one unthinkable four decades earlier. This world assumes at least casual sexual interaction (“hooking up”) and creates enormous pressure on young people. One movie, The Dating Project, not only documented this phenomenon but showed a philosophy professor trying to teach her college students how to go out on a date, how to encounter of people without sexual assumptions, just to meet and talk.

It is not difficult to imagine the kind of dislocation this has caused with traditional Christian teachings, based on the entirely reasonable principle that people should not engage in sexual activity until they are totally committed to each other. How young people navigate their own personal development, including their sexuality, and integrate this with the teachings of their churches, remains an enormously difficult undertaking for young people, and a clear friction point for churches.

We see the results of these enormous changes every time we go to church because the major population there will be people sixty and older, with younger people progressively missing, until we get to the youngest generations (Millennials and younger) who are least likely to go the Mass. In plain numbers, sixty percent of Catholics tend not to attend Mass, and 40% of Catholics attend at least once a month or (for some 20%) weekly.

This creates an enormous mission field for Catholics today. We do not need to be missionaries in Zimbabwe or Beijing. We need to be missionaries in our own homes, neighborhood, and parish communities. Because every Catholic absent from Mass is someone starving for the concrete contact that God has given us in Jesus Christ; they are pulled away from the most precious gift God has given humankind. And, without contact with Christ, how does one make one’s way through the crucial decisions of life? How does one preserve personal integrity or deep values? The answer: not easily.

Therefore, the need for helping all committed Catholics see themselves as missionary disciples has become transparently clear. Every baptized and practicing Catholic has an irreplaceable gift to bring to another. Equipping ourselves to do this means making ourselves resources of faith for those whose lives are smaller because they don’t have it. It also means developing a culture of commitment and identity in today’s world which does not have the social props of former decades.