The Second Spiritual Work of Mercy:

To Counsel the Doubtful 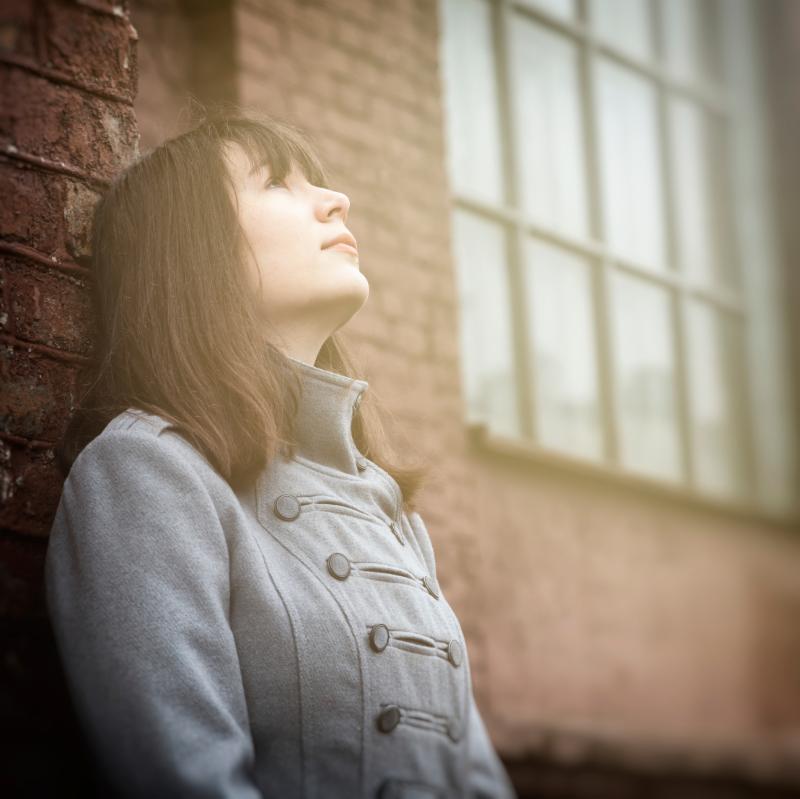 Along with our wonderful brains comes the ability to doubt.
Because if I know something, I can imagine it another way. And if I can imagine things other ways, then I can begin to question what I know.
“A thousand doubts do not denial make.” So went the older slogan when, as people grew up, it was a usual thing to have questions about one’s faith. The list of potential questions is endless – Where did the Bible come from? Or, Who made God? – and we were encouraged to work our way through the questions, with assurances that St. Thomas Aquinas had already asked and answered most of them.
That was in the old days. Then things seemed solid and our doubts arose in the face of that solidity. Now everything seems up to question, and nothing seems solid, and doubt has almost become a way of life. Perhaps we think the basic doubt is about God; in actuality our doubt of God reflects the massive doubts that define what it means to live and think today.
A fancy phrase one hears: “the hermeneutics of suspicion.” This tendency to suspect what another says, especially when the other is powerful, has long roots in Western thought and philosophy. But now the tendency has spilled way beyond the world of thinking. We suspect – doubt the sincerity of – everything: government, business, education, and particularly religion. “They are all in it for themselves. It’s just a power game. You can see right through it.”

But one can dig one layer deeper: doubt about institutions and systems, reflects doubts we have about ourselves. No matter how much we might emphasize “self-esteem,” people grow up unsure of themselves, of what their talents are, of what they want to be, of previous generations, of their ability to go to college or, afterwards, pay for college, of their ability to find someone to “have and to hold” as a partner until death. What used to be worked out in human society by the age of 16-18 now takes at least a decade longer, as people search for themselves, construct an identity, and find sure ground in which to sink their roots.

If we swim in a sea of doubt, then what does a ministry of mercy look like? What can it mean to “counsel” the doubtful?

As a start, one cannot serve the doubtful if one denies the doubt to begin with. Because it is very easy, particularly for people who have genes like “infallible and inerrant” in their makeup, to belittle the doubts that people have, to dismiss them as insubstantial or immaterial. Nor can one treat all doubts as if they were just questions to be answered. “Go to this website and you will find the teaching of the Church.”

Surely, some people do need basic plain-old information about faith, and the Catholic faith. Some people do have caricatures of Catholic beliefs that would be comical if they were not so distorted. Indeed, even some Catholics who see themselves as being quite knowledgeable, might be misinformed about one or another dimension of the faith. How easy, for example, to be so pro-Catholic that one willingly ignores more than fifty years of ecumenical understanding? Or long centuries of discussion about a doctrine.

But the key to “counsel” is to be a support to people in their doubts, to give them encouragement and witness as they work their way through things. We all know what it’s like when we need advice? To whom do I turn? Especially if it’s a pressing emotional issue—someone we care about is angry with us, or someone seems to have betrayed us. There are people to whom we turn instinctively because we know we can rely on them, trust them, and confide in them. Sometimes these “wisdom” figures do not even seem to give us an answer. But their stability, their trust, their sense of life and human nature, gives us strength to work our way through the jumble of feelings.

“Counsel.” The Holy Spirit is called “Counselor”—akin to “advocate”—one who encourages us and appeals on our behalf. Perhaps this is the role we are invited to have under the umbrella of mercy. Can we take the time to give our wisdom to others—especially if that wisdom is in the form of simply being a rock on which other people can stand? Can we lend the rock of our faith to others, allowing them to map their own paths—as they see the paths we have taken (and paths we have avoided)? Can we be agents of the Spirit, gently offering guidance to people who have opened up their hearts to us in trust?

All of us have known people who have gone through “phases” in which we worried they would get hurt or lost in life. But we stood by them—the son who quit college, the sister who left home, the friend who started “hanging out with the wrong people.” We stood by them, did not burn bridges, did not yell or dismiss them as failures. Only later did they tell us that, just because we were there for them, they were able to get through very tough times. They knew we cared, we were praying, and we’d be there for them when the roller-coaster ride ended.

In some way the Church itself provides this role for the world. Awash in doubt and suspicion, the world looks upon the Church as the Rock Jesus promised. Argue and haggle as Christians have over twenty centuries—Catholics included—our central “Good News” remains totally clear: God has looked upon us in our brokenness and confusion with infinite love. Created in this love, destined to this love unendingly, we have been given a Brother, a Savior, to walk with us and share our lives. His journey with us—in and through death—has erupted in the greatest hope we can imagine: resurrection, unending life, unending love. The world may seem to dismiss the Church and its faith; but the world has never heard a Message as important, or as consoling, as the one mother Church continue to send.

Sharing this Good News, as brothers and sisters, with a world that is “post-modernly” filled with doubt, seems to be one of the greatest acts of Mercy we can show.