To Pray for the Living and the Dead 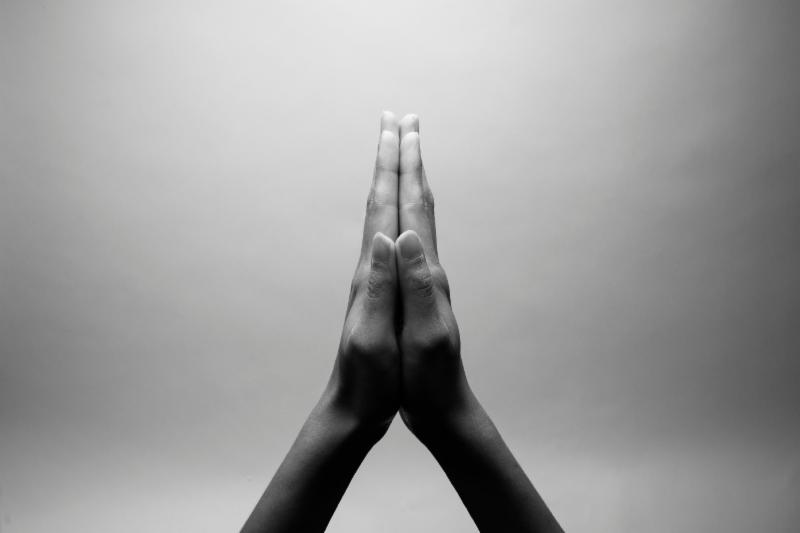 So what happens when we pray?

Every now and then we see a reputed study being done: people are gravely sick. Some have people praying for them; other do not. Is there a difference in the outcome? Studies like this cannot be strict “control” studies because there are so many variables that cannot be determined, such as the health of the patients to begin with, let alone the kind of, and level of, prayer being offered. But these studies seem to endorse a widespread idea that prayer is object-oriented: if we pray for “x” then we will receive “x.”

The problem with this, however, is that people seem to pray for “x” and do not receive it. And this leads to a variety of so-called explanations such as “God answered your prayer another way,” or “God gave you want you needed not what you wanted,” or, most devastating, “You didn’t pray the way you were supposed to.”

I am not sure we need these “object-oriented” ideas of prayer really help. I was impressed by reading Mary Karr’s memoir, “Lit,” in which she, while an agnostic, is being urged to pray by someone in her recovery group. She wonders what it would be like to pray to a reality in which she does not believe. But, nevertheless, undertakes the dare her friend gives her: just pray for thirty days and see what happens. So she prayed dutifully each night for thirty days. When she looked back, she noted many positive changes in her life over that four-week span.

Prayer ultimately opens us up to a Reality that transcends, and transforms,  us. Different world religions name that reality, or conceive of it, in different ways. But underlying all of them—even those like Buddhism which do not have an explicit “God” as other faiths—is the understanding that there are resources beyond us, powers and forces in which we live and think; these resources are often beyond our consciousness because we become so absorbed in the detail of daily life. Prayer gives us access to these resources. By opening ourselves up to the Transcendent, we open ourselves, in obedient trust, to receiving what otherwise seems inaccessible in our lives.

Catholics, in particular, see prayer as connecting us to God as the Triune reality of generous love, shared love, given love: the very nature of God is to live for the other—Father living for Son, Son for Father, each living in the Spirit they share. But Catholics also see ourselves open to relationship with others, including those present in our lives and those who, though dead, now live in the Kingdom of God. We call this “the communion of saints,” or, perhaps more tellingly, “the community of the holy”—of those who have been graced, touched, and transformed by God.

Praying for the living and the dead means to join in furthering the union of all creation with the Creator, who is Absolute Love. It means wishing to others the greatest good we can possibly wish them: relation to, and union with, God as Absolute Love. It means participating in a stream of love that flows from God from the first instance of creation all the way through to creation’s completeness in the Kingdom of God. As we participate in that stream, we amplify and reflect its reality in creation.

Prayer has two ultimate orientations: petition and adoration. Petition recognizes the incompleteness in the lives of others and ourselves. Adoration recognizes the amazing fullness already coming about in creation through Divine Love. Petition calls us to look upon others in their hurt, sorrow, struggles, and imperfections; as we see this around and within us, we ask God to fill in what is lacking, to give the health to the one who is sick, the patience to the one who suffers, the wisdom to one who is confused, the mercy to the one who feels caught.

Adoration joins all of creation in voiced and unvoiced joy as we exalt in what God has accomplished, how God’s perfections have begun to take hold, on a different but actual level, among God’s creatures. If petition arises out of compassion, adoration arises out of admiration—the sheer wonder of what God brings about in the divine Love and action in our lives.

To pray for the living and the dead is to become part of the unending stream of divine Mercy, that loving vision which comprehends the brokenness and sin of the world, and that loving power which draws created reality beyond its brokenness and sin into a communion of life and love. In this way, Mercy is more than a “quality” of God: it becomes a way of understanding God’s essential relationship to a world that, created with promise and hope, has distorted itself through self-love and jealousy.  What God initiated as sheer gift becomes, in Jesus, God’s rescue of love’s distortion through sin.

The book of Psalms ends with several hymns that try to capture the sense of joy that comes with a universe in union with, and exalting in, God. Praying for the living and dead joins this stream of adoration, anticipating the fullness of the world when all pain is overcome, and when it endlessly rejoices—when we endlessly rejoice—in the achievement God has brought about by giving us his Son in mercy, and his Spirit in struggle and triumph.

Previous Essays in this Series: