The Gospel in A Secular World, Part 3

Perhaps no factor influences the Church today more than secularity—the very assumptions people carry around in themselves about the universe, our world, and life’s meaning. In previous issues, I’ve identified two elements of modern secularity which Charles Taylor describes in “A Secular Age.” One is how radical secularity is today—not just the separation of church and state but a whole world-view minus God. The other is how the modern mind focuses on our everyday life, how important ordinary life has become compared to past centuries.

Another element that Taylors touches on throughout his extended work is what he calls “the buffered self.” This sense of self arises after the Enlightenment, but really as a product of a kind of no-nonsense thinking that has roots in the late Middle-Ages. He writes:

The buffered self is the agent who no longer fears demons, spirits, magic forces. More radically, these no longer impinge; they don’t exist for him; whatever threat or other meaning they proffer doesn’t “get to” him. Now the disengaged rational agent carries out an analogous operation on desire. Of course, our desires still impinge, as de facto inclinations. But they are deprived of any higher meaning or aura.

This sense of self, emerging from a science that “disenchants” the world by transforming it into a world of numbers and physical forces, can seem all powerful. In another part of his book, Taylor talks about how the buffered self brings about “[A] sense of power, of capacity, in being able to order our world and ourselves. . . . But beyond power and reason, there is something else very strong going for this anthropocentrism: a sense of invulnerability.” 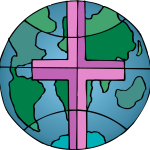 Catholicism, which has affirmed humanity for most of its history, now sees a version of humanity which can close itself to the divine, which thinks it can determine its own parameters, which feels it can ground itself. If, on the one hand, this sense of self can create great advances in medicine, has it not, on the other hand, given us some of the most powerful, and destructive, atheist philosophies?

How modern Catholics can affirm humanity in today’s world, but call humanity into a world of transcendence, remains one of the major tasks for us in the decades ahead. We have seen “the buffered self” in its communist and fascist forms. Perhaps we are seeing it now in an American form, commercialism. Whatever its form, it carries the one ever-present temptation, for humankind to think that we are God.